You are invited to join Everything Co-op as we recognize Black History Month throughout the month of February. This week Vernon kicks off the celebration with an interview of Emory Shaw Campbell, author, historian and Chief Executive of the Cultural Heritage Consulting Service. Vernon and Mr. Campbell discuss the importance of preserving cultural heritage, and his efforts to preserve the history and heritage of the Sea Island and Gullah Geechee culture.

The Black History Month theme for 2022 is Black Health and Wellness. Given the preponderance of food desserts in Black and Brown communities, and the growing suppression of discussions about race and historical truth, the team at Everything Co-op has chosen to focus our celebration on farming, health, and the critical role cultural heritage plays in the “Health and Wellness” in communities of color.

Campbell formerly served as the Director of the Penn Center on St. Helena Island from 1980 – 2002. The historic Penn Center, which opened in the 1800s to educate freed slaves was previously used as a training center and meeting place for civil rights leaders. Today it serves as a center to preserve the history and heritage of the Sea Island and Gullah culture.

When Penn School first opened in 1862, it was an experimental program to educate Sea Island slaves freed at the beginning of the Civil War. Over the years, it served many functions within the community. The school’s mission was to teach freed slaves trades and how to read in an effort to help them transition into an economically stable lifestyle. By the 1900s, the Penn Center had adopted Booker T. Washington’s model of industrial training, and in the early stages of the Civil Rights Movement in the 1960’s the center was often used as a meeting place and training center by Dr. Martin Luther King Jr. and the Southern Christian Leadership Conference.

Immediately following his retirement, he wrote Gullah Cultural Legacies, which was first published in 2002. Mr. Campbell heads up Gullah Heritage Consulting Service, and operates Gullah Heritage Trail Tours with his family. In 2008 Mr. Campbell was elected Chairman of the Gullah-Geechee Cultural Heritage Corridor Commission, an organization empowered by the U.S. Congress to develop a program to commemorate Gullah culture in the low country region from Wilmington, North Carolina to Jacksonville, Florida. For Campbell, the dedication to preserving Gullah culture has been a labor of love and a cause that he hopes will continue to resonate with future generations.

Our host, Vernon Oakes, is a consummate advocate for cooperatives. He is a Past President of the National Association of Housing Cooperatives, and has served on several boards and committees to advance the interests of cooperatives. Recently, he served on the Limited Equity Cooperative Task Force, established by Anita Bonds, At-Large Member of the Council of the District of Columbia. Vernon is an MBA graduate of Stanford University, who has used his business acumen to benefit the community, by promoting the added value of the cooperative business model.

Open in Your Favorite App
Listen on Spotify Ted Rau, Operational leader at Sociocracy For All, discusses Sociocracy in Cooperatives Conference Marjaana Saarikoski, Director, Cooperative Affairs, discusses how Co-op Membership has Impacted the Level of Happiness of Residents in Finland 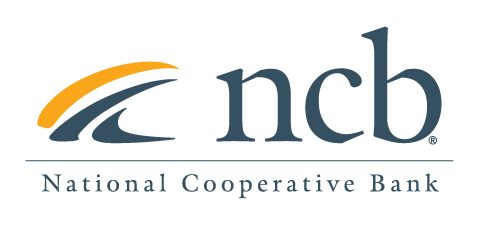 *Dont forget to check your spam to confirm your subscription